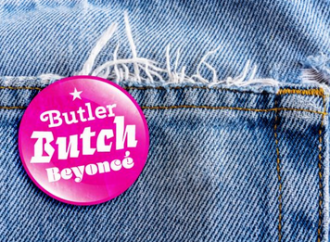 The bi-monthly discourse series “Butler, Butch, Beyoncé” looks behind fashion and pop cultural phenomena and brings together the protagonists of politically engaged, young feminism digitally – for readings, discussions and artistic positions: To shake the foundations of patriarchy with beats and arguments!

The last issue Ageism with Tanja Mokosch and She She Pop asked, what effect does gender have on the portrayal of older people in films and series? What roles are written for them and what roles would they like to write for themselves? What stereotypes are produced and how do these images change our ideas about our own age and our own growing older? 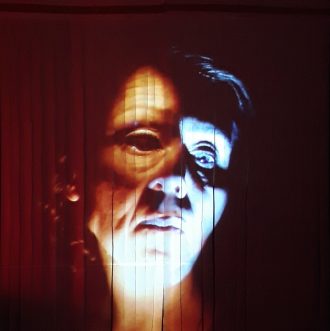 This year, the members of She She Pop will all be about 50. In Hexploitation they explore the fear of the ‘hag’ – the old woman and witch. The performers will be using their ageing bodies for this purpose: to fight against the invisibility and loss of status that women suffer in society when they are no longer of childbearing age. To this end, they lock themselves and the audience in a mise en scène reminiscent of a low-lit, kitschy film-set from which there is no escape.