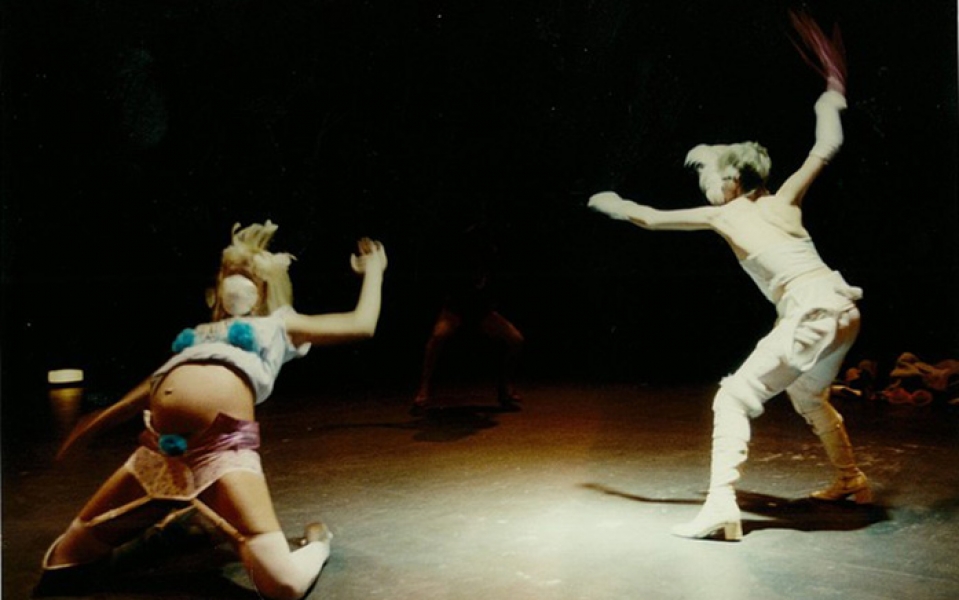 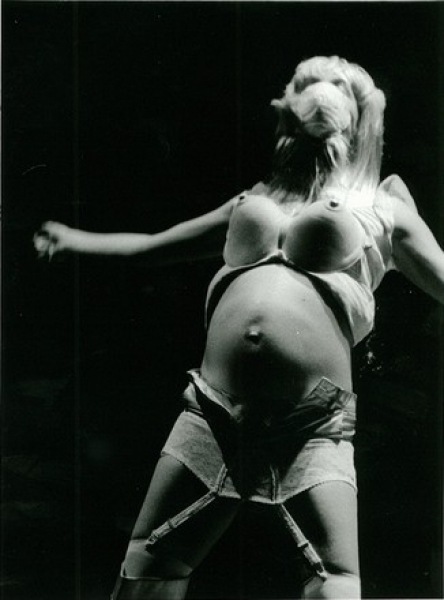 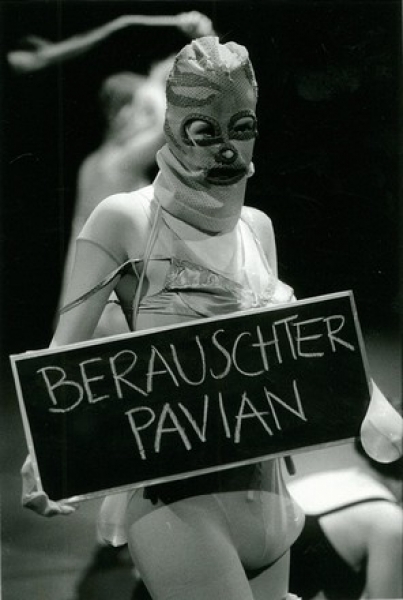 Bad is yet another one in a series of interactive performances by She She Pop, patterned this time after the sado-masochist pact: between the mistress and her customer moral, social, sexual and political codes are negotiated with utter respect and sobriety. The limits of pain, fear and shame are explored individually to create the perfect scenario for each customer. Because it deals with fantasies and desires this situation is very theatrical itself. The mistress is the artistic protagonist of this “play”, acting it out after the specific desires of the masochist, so that, at the same time she is also the perfect servant: an idea She She Pop has been dreaming of for years! Ever since our show Trust (1998), the work of She She Pop is inspired by the question what is the contribution of the artist in a performance-orientated society and how can it be measured? The stage is therefore always defined as what it is: a stage. And the presence of the audience is not only part of the scenario but a presupposed condition.
The stage is a circle of seats for 60 spectators and six performers. A place granting great intimacy and pitiless public attention at the same time. Everybody is visible. And across the open space in the circle ominous figures from fearful or titillating fantasies advance on the spectators to involve them into their scenarios. In Bad She She Pop faces the task to become personal, to access the individual fantasies of the spectator – either actively or as objects of desire. Everybody wants to be something for someone. Not only the bodies of the performers – which they readily throw into the ring – are at stake here, but also their own hyper-rational, hyper-social condition as females.
Bad is an experiment about strategies of self-empowerment and self-submission in a performative context. As artistic protagonists the performers claim to rule over the imagination of the spectators, and at the same time they want to oblige like perfect servants to the staging of these fantasies. In addition to this, a group of experts discuss the proceedings openly on stage openly. The spectators watch the performers as they balance awkwardly between control and the loss of it. They look on as their neighbours are respectfully introduced to their limits of shame. And they realize that while watching, they are being watched. How far are they prepared to go? The immediate and playful communication with the spectators, the negotiation of performer and spectator fantasies turns into actual dramatic action: “Que sera, sera!”

…From the beginning they reverse roles and pleasurably irritate audience expectations and theatre customs …The ones who are naked are not necessarily the exposed.
Karin Liebe, taz Hamburg, February 2nd, 2002

The bad girls from She She Pop know where the fun ends and the art of irritation begins.
Jutta Baier, Frankfurter Rundschau, February 16th, 2002

… riskily and courageously the performers of She She Pop take liberties and by doing that they undermine (beauty-) clichés and sexual mechanisms of power with humour and self-irony and achieve a kind of liberation – not only for themselves…
Klaus Witzeling, Hamburger Abendblatt, February 2nd, 2002