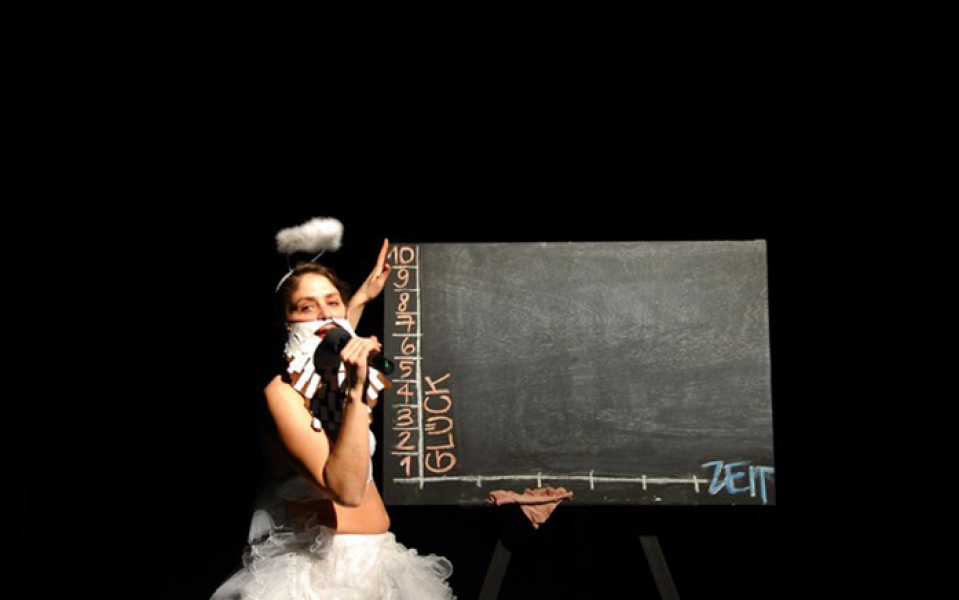 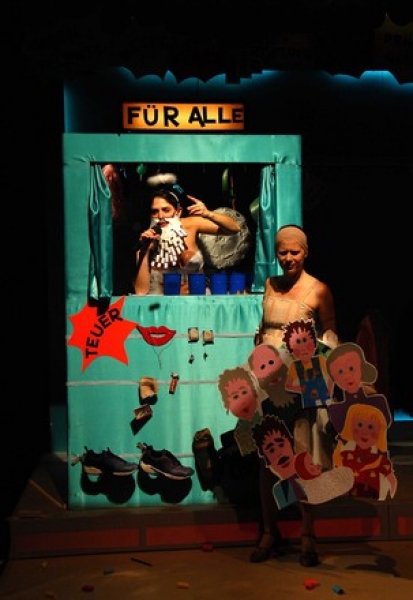 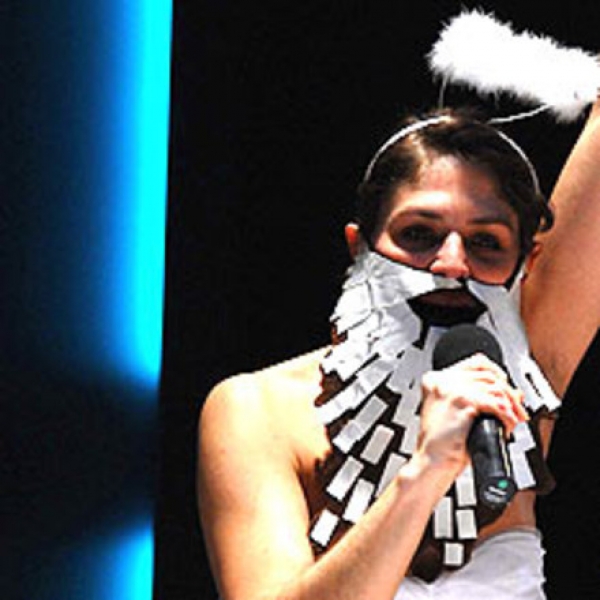 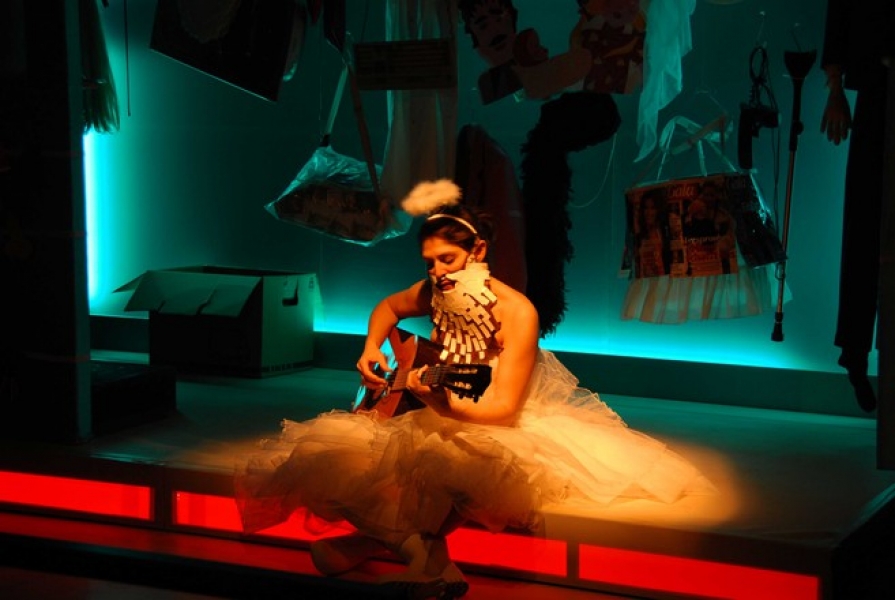 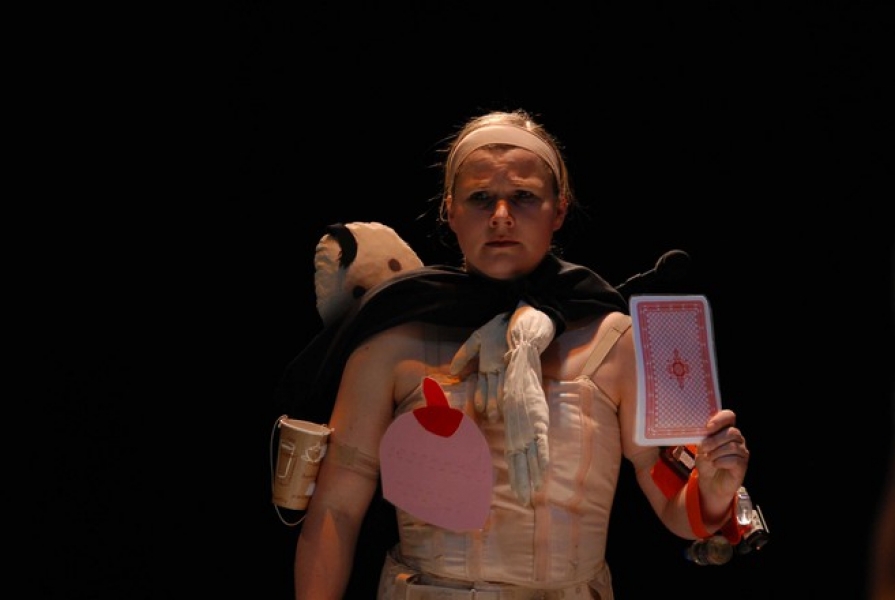 This performance quite literally wants to make its performers happy. To get to the bottom of the link between individual consideration of happiness and concrete justice of distribution, the stage is transformed into a casino with its own rules. Here She She Pop goes on a quest for happiness. It’s about the realisation of justice and happiness against the ultra-fatalistic logic of the game, the creation of a system producing joy and happiness for everyone. Four courageous but self-centered and egoistic performers undertake an experiment to deal with this task.
As halfnaked gambling addicts, She She Pop appear night after night in front of God, their croupier, in order to engage themselves and the audience in a fight for material and immaterial values and goods to be won at „God’s tombola“. The gambling bank’s holdings include bank accounts, talents and goods, character traits and personal tragedies. There are technical instruments, pension insurance schemes, professions, diseases, vases, debts, dependents and know-how to share out. Each night the dice decide, each night the lucky fairies from the audience get reallocated. No one can be sure of their luck. Equipped with the prize determined by their stage lot, the performers prepare to cope with the fate they’ve been hit with. Their task is to live: describing themselves as functioning human beings, creating a coherent concept of life, suffering, struggling with their destinies, gambling against the other contestants, challenging God himself.
Can a fair balance be reached? How can respect be shown, how can emotions be balanced out and loss be repaid? How do we evaluate origin and parentage, emotions, debts? The audience get to be smirky witnesses of the game and spectators of the show, as well as lucky fairies assisting the contestants. And as court of last appeal they eventually sit beside God when his wisdom has faded, in order to help justice rule.

In Co-production with Hebbel am Ufer, Berlin and Kampnagel, Hamburg.

She She Pop’s ironic and entertaining performance style tolerates no escape into illusion. The witty performers, more or less always themselves, instead collide the clichés of happiness and desire with the difficulties of the real world in a blaze of poignant improvisations.
Klaus Witzeling, Hamburger Abendblatt, April, 15th, 2006