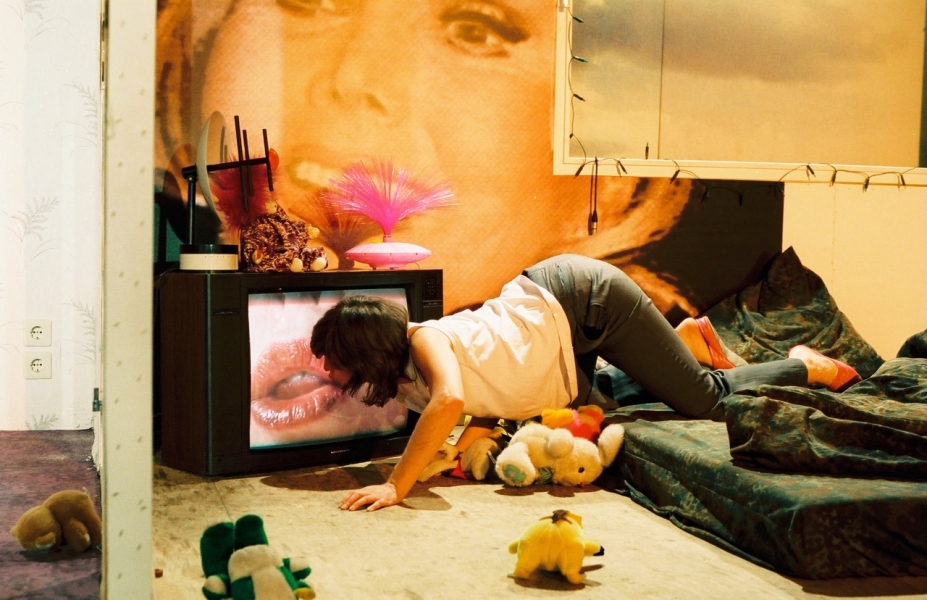 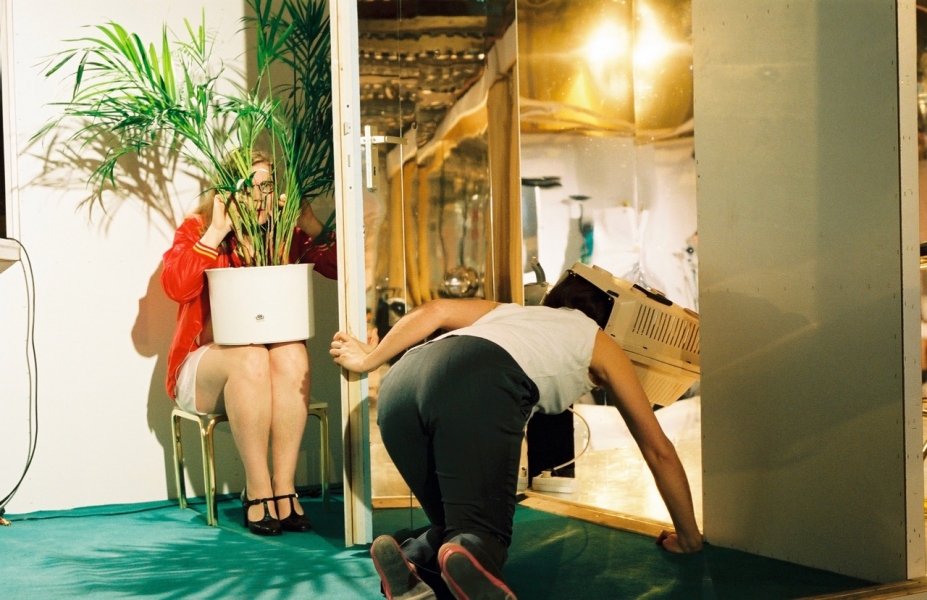 She She Pop use Bert Neumann’s 7 bedroom stage at the Volksbühne’s Prater to explore the weirdness that takes place in the privacy of eveyone’s home. Six women and one man fathom their domestic possibilities between turning themselves into a piece of furniture and an attempt at glamorous, but lonely self-staging.

A Production of the Volksbühne, Berlin (Prater).