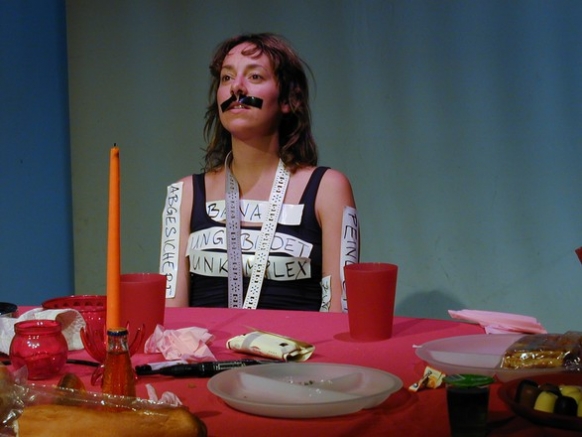 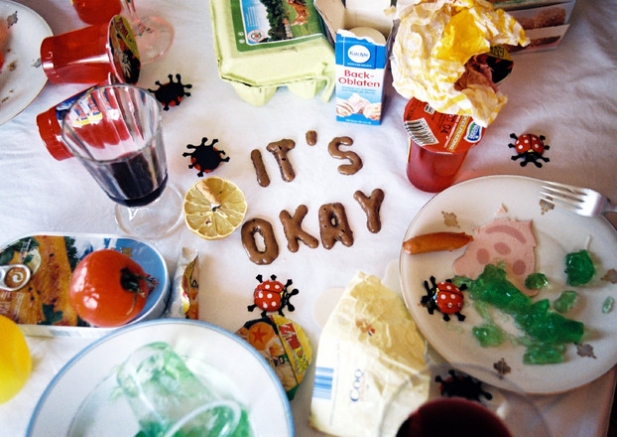 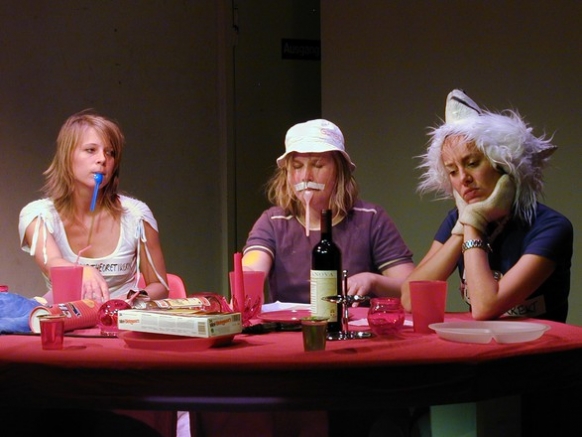 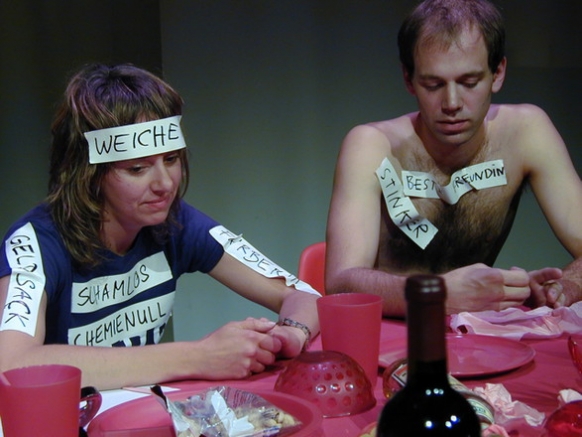 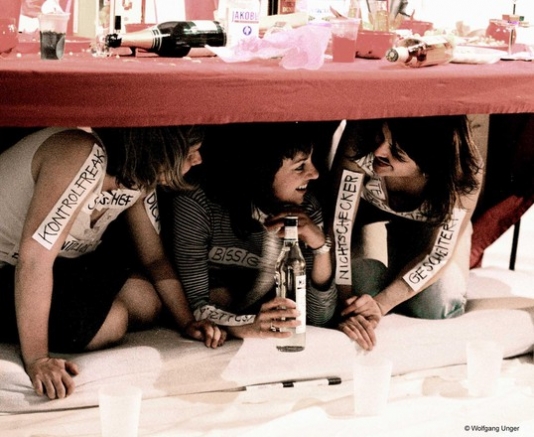 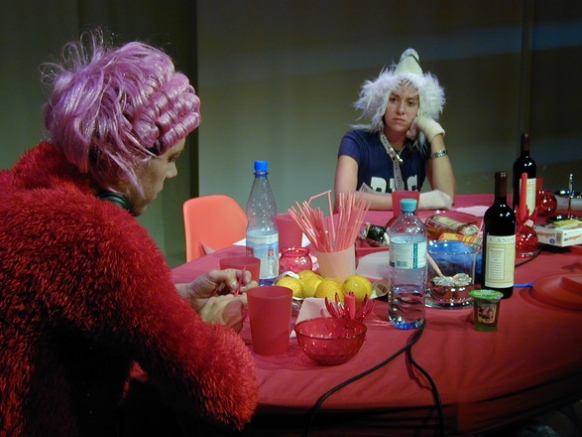 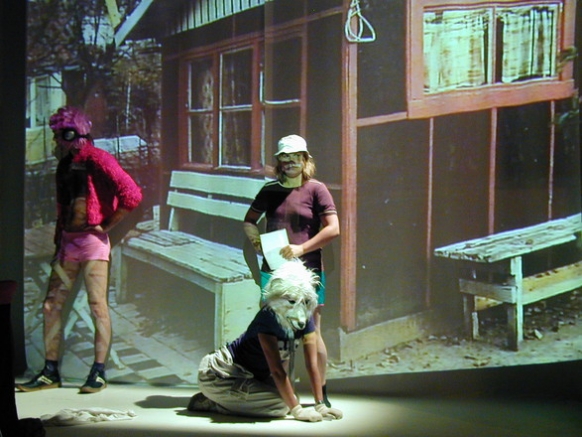 What’s wrong? (it´s okay) is a table revue with party games, taboos and spontaneous synchronized dancing, telling of the beauty and hardships of a community and the price you pay for belonging together. The performance is patterned after group rituals and table games and shows the members of She She Pop at the end of a dinner party as in a “Last Supper”: the table is scattered with traces of food and empty bottles. Nobody wants to leave.
The valiant performers are prepared to prove they can talk about everything and they ask the audience to give them any topic. But something is wrong. There is always someone who does not fit into the small claustrophobic community with its innocent questions, its harmless small talk. An atmosphere of paranoia descends upon the table, as taboos are touched, the victims retreat under the table and every conversation comes to a dead end. Panicked, the performers hunt for their differences, secrets and the things they have in common: those who do not fit in need to be identified quickly. Their identity will be composed of the humiliations inflicted on them by the community: you are what you are ashamed of!
The only rescue is to be faster than the prosecutors: to accept the embarrassment, to admit everything, to confirm the slightest suspicion. To sing a song of revelation, to make a spontaneous confession might be the way to absolution. And then to say: it’s okay!
With this musical table revue She She Pop aims to prove that any conflict can be solved. The group resorts to criminal profiling, improvised choreography and perverted little party games for their uncompromising consolidation. Each performer is prepared to be exposed and humiliated, if only to keep their place at the table. Persistent, brutal and hilariously funny!

“It is thanks to the intellectual self-cleansing power of irony and an infectious madness that this revue of shame is never anything but an example of professional trash-humour…”
Till Briegleb, Süddeutsche Zeitung, 24. April 2003