A group portrait loosely based on Tchekhov 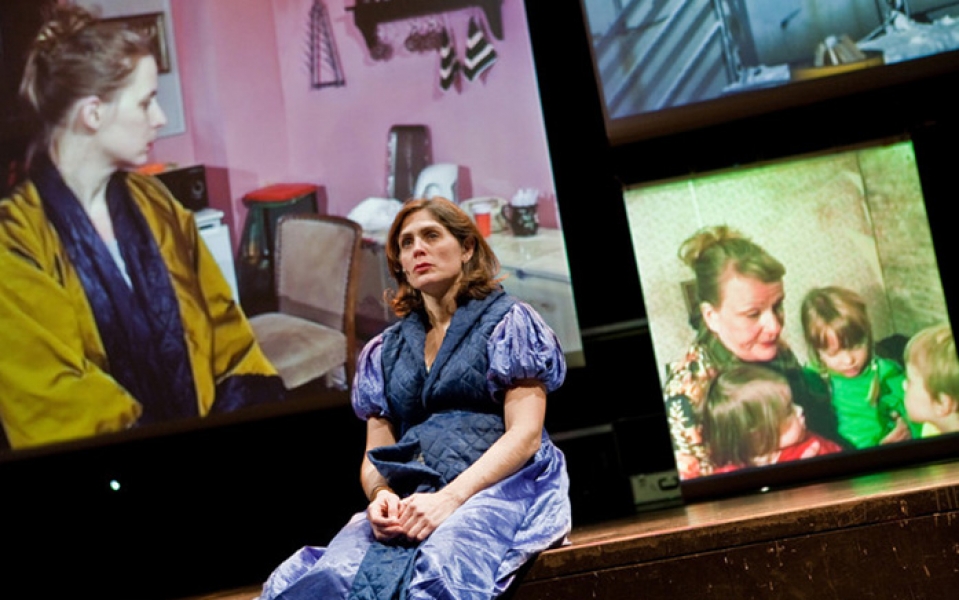 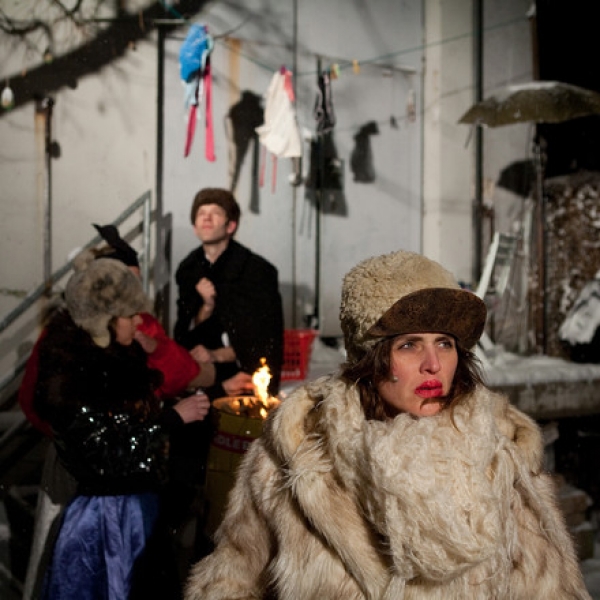 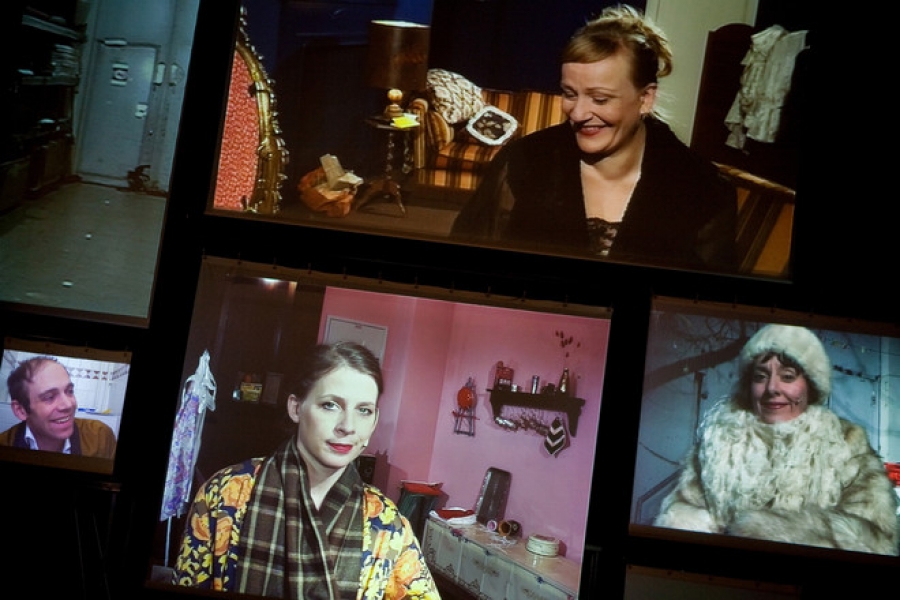 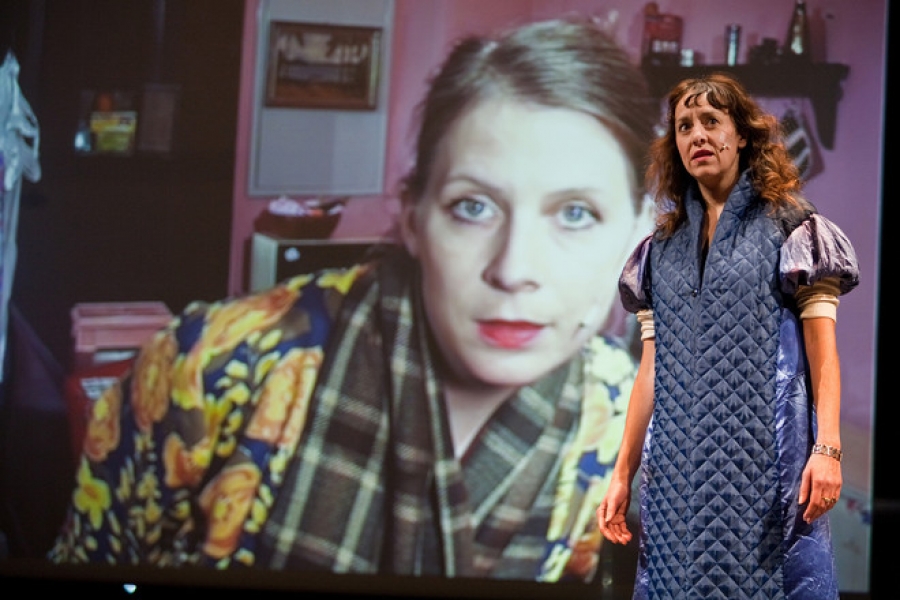 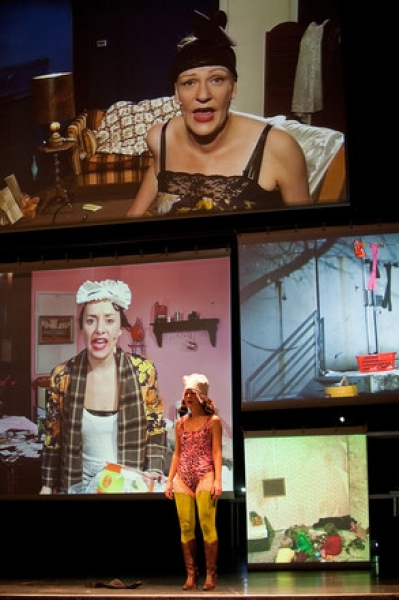 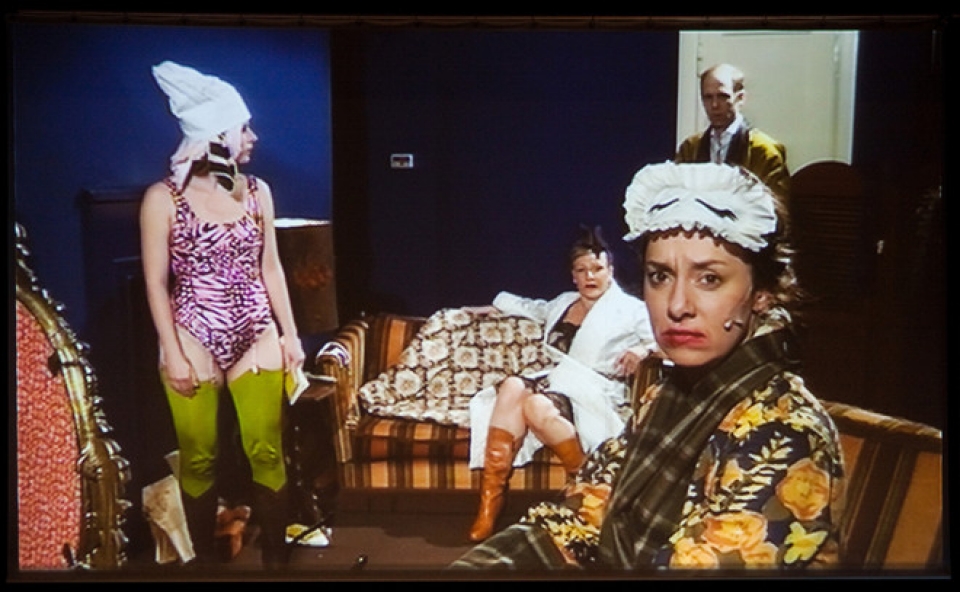 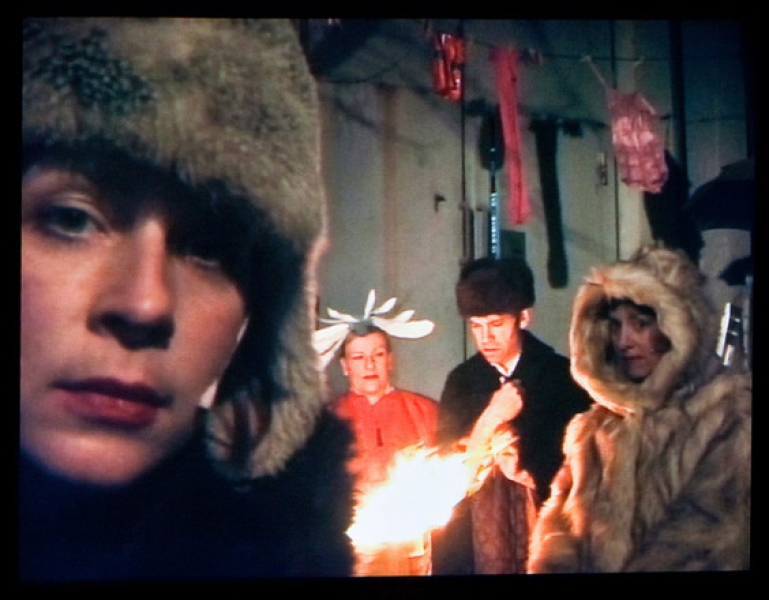 Foto: Benjamin Krieg
40 years of idleness: a generation celebrates its birthday. 7 Sisters is a portrait of women (and men) from a generation of slackers. They are the daughters (and sons) of the feminist movement. They are now at a certain age, in a certain situation. They are emancipated and well educated. The job market has taken them in, challenged them and already shown them their limits.
Now they are having children: a retreat into the private, an obsession with feminity, a narcisstic self-fulfillment trip? These women were never interested in the historical dimension of their existence and their freedom. Nor have they ever had pity with the generation of their mothers, the subjects of the second wave of feminism. Now no one has pity with them. The movement has petered out, emancipation has deteriorated into a private success story. What have these women achieved, who are they? Where do they want to go? And is that still possible?
Four She She Pop performers delve into Chekhov’s drama “Three Sisters” and now mingle with the staff of this satire in order to establish a sisterhood. They wander through Prozorov’s house – the theater itself – in search of the salon: where is the room, the social space where individual worries and sensitivities can be recognized as social circumstances? Where is the room in which the analysis of their living conditions can be condensed into shared demands and concepts?
This piece is about women and their relationship to work. The phantom pains of a generation of postpolitical isolation. A group portrait based loosely on Chekhov.

In Co-Production with the Hebbel am Ufer Berlin, Kampnagel Hamburg and FFT Düsseldorf. Funded by the City of Berlin, the City of Hamburg and the Fonds Darstellende Künste e.V.

She She Pop at Pustervik Göteborg 29&30 mars 2011 from Kulturguiden.tv on Vimeo.

„We have been warned repeatedly about Chechov…“ says Sebastian and tries a half-hearted withdrawal – but a that point, he and the rest of the performance group She She Pop are already deep into the grown standstill of the three sisters in the Prosorov house. And into their very own stories with or without children, with work, fear and the problems of aging.
Everybody is hung up on their own, closed into projection screens, monitored by cameras and projected into the audience. Olga, Masha, Irina. Or even Lisa, Berit, Johanna. And Andrej/Sebastian. For the performers of the Hamburg/Berlin group are always both: role and self, inside and outside. And they like to put the audience in the role of the voyeur.
In their recent production 7 Sisters, which after the Berlin premier now stirred the Hamburg audience at Kampnagel factory to prolonged applause, this – projected on seven screens of various sizes forming a towering collage – looks like a mixture of TV confession, doll house and peep hole. There you can see the performers reasoning live – on their „life challenged by little children“, the nonsense of birthdays, the person one used to be, the incongruousness of children and the art world. As always She She Pop take their raw material from their own everyday life, their own lives, their own emancipatory history and cause friction with Chechov. … It is enough to accentuate the circular motions of Chechov’s protagonists. And to deal with one’s own stalemate, the role model one lives by and the difficulty to liberate oneself of it. Until the point where the spectators recognize themselves in this and add yet another layer of meaning into this texture. … not very optimistic, but pretty merciless, very funny … and clever,…
Ruth Bender, Kieler Nachrichten, 21st May, 2011

„She She Pop programmatically turn the private into advanced media theatre. This time, they’ve again dealt with their own lives in an exemplary way. The accusation that this is nobody’s business, is without substance, when and if we, as the audience, realize how much we are affected by what is shown.
taz Berlin – die tageszeitung, December 12th, 2010
“At times, Chekhov’s roles are reflected beautifully in the life and work situations of the performers, such as in the conflict between the “proud-mothers” and the childless fractions in She She Pop.”
Tagesspiegel, December 12th, 2010
“Elementary questions of modern womanhood are being negotiated here: whether to have children or not, to make work the purpose of life or not. Chekhov’s sisters are also in the midst of an existential crisis,… She She Pop’s much acclaimed enthusiatic stage presence turns this performance into great fun. What is most fascinating about the show is the self-referential way of focussing on the actual performers as living examples.”
AVIVA-Berlin Kultur, December 13th, 2010
“The performers of She She Pop have reached a certain virtuosity in the art of turning their own lives into raw material for their shows. This time, in the HAU im Berlin, they’ve croseds Chekhov’s “Three Sisters” with their own personal life situations in a ironic and pleasantly unpretentious way…”
Süddeutsche Zeitung, December 22nd, 2010
„She She Pop doesn’t simply engage in a dialogue with Chekhov’s drama: four performers blend in or add themselves to the sisters. They do this using their real names,… and we see: this is a very diverse “sisterhood”. On the one hand, we find ourselves in Chekhov’s house Prosorov, at the same time, we naturally act and reflect from the perspective of today and from a distance… Acting out a role, while being oneself. And presto, a play on the important (and future-oriented) theme of originality in, namely – work… The form She She Pop have given their performance is surprisingly inventive,… Resignation over the purpose of life unites the sisters of old and of today, but the quality of their disillusionment is entirely different. Chekhov’s women asked for social progress in later centuries, She She Pop now look back from the future. The result is no more optimistic…“
rbb Kulturradio, December 11th, 2010
↑ zurück nach oben ← zurück zu Produktionen