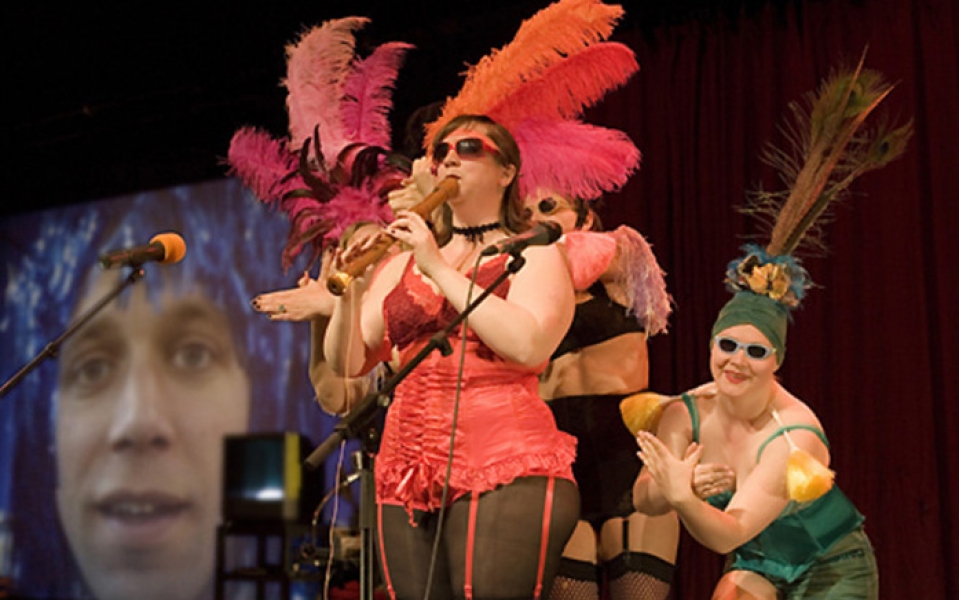 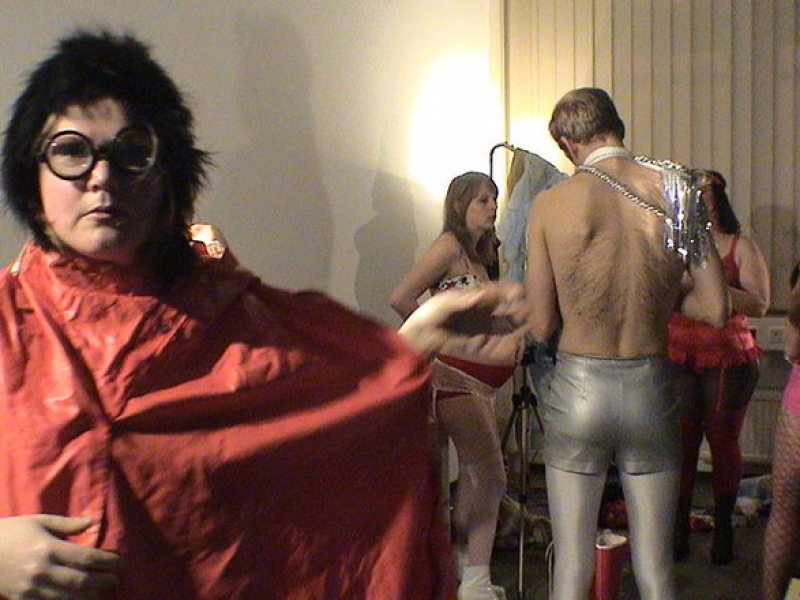 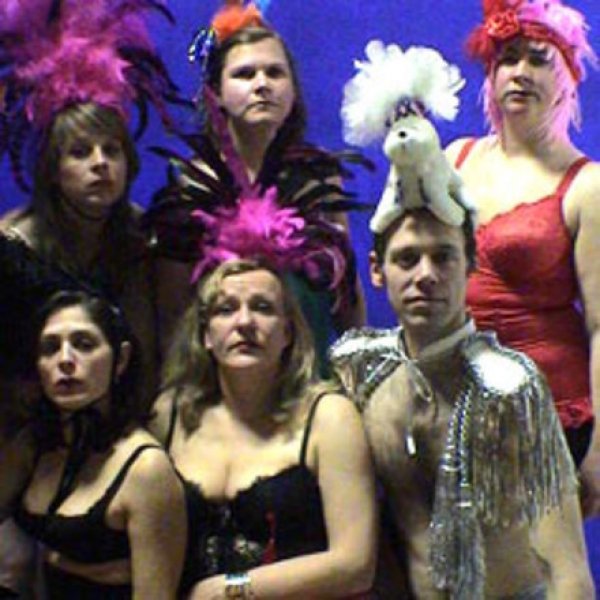 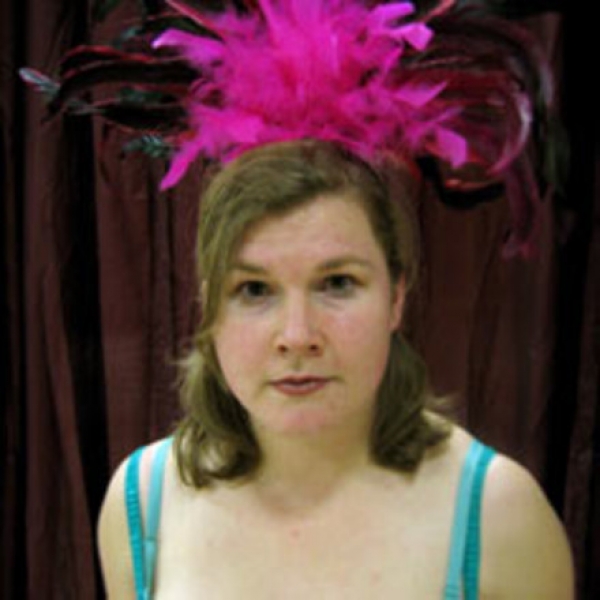 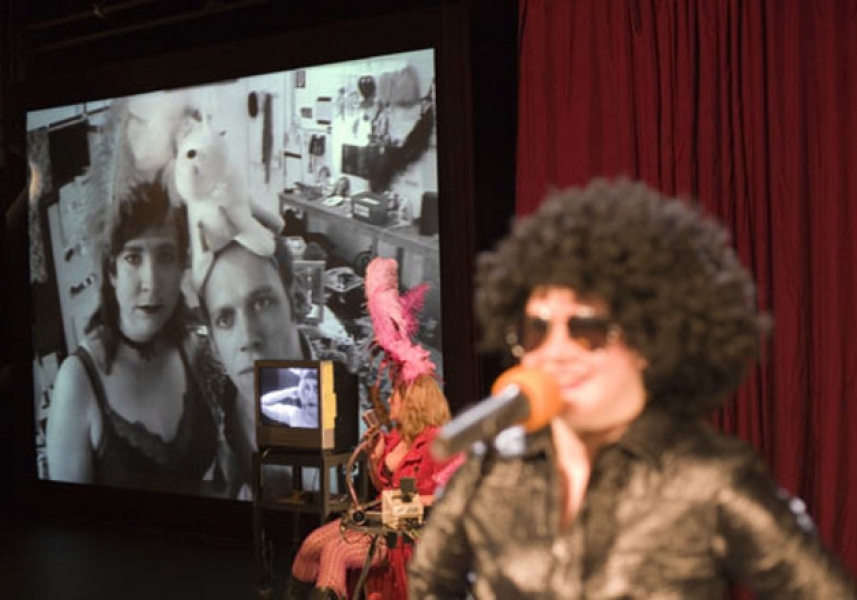 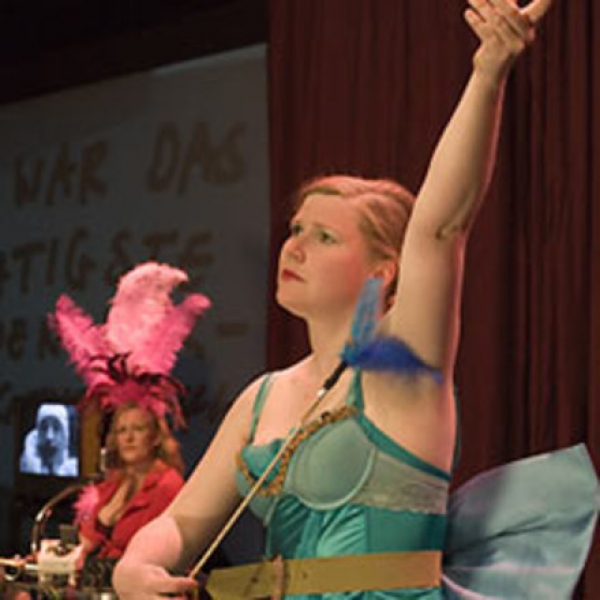 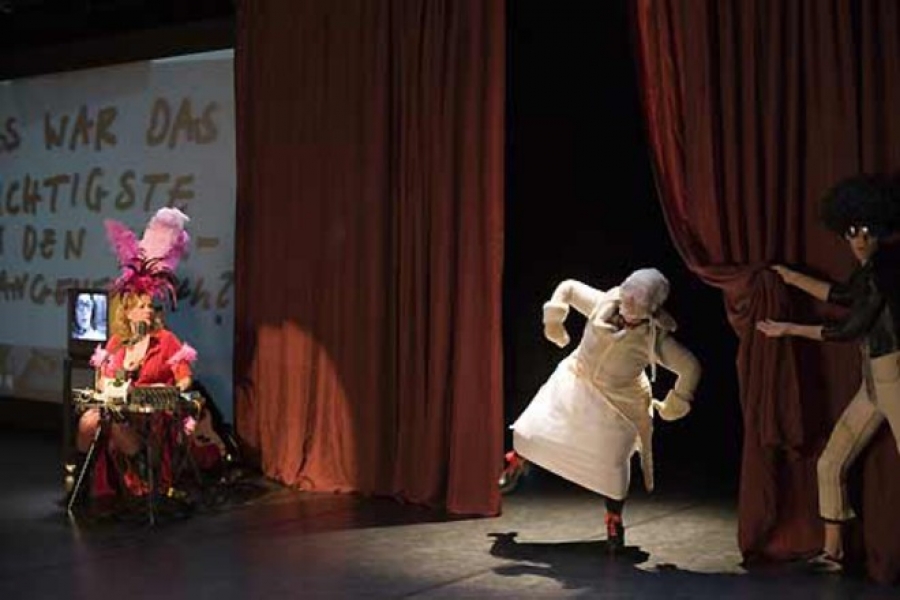 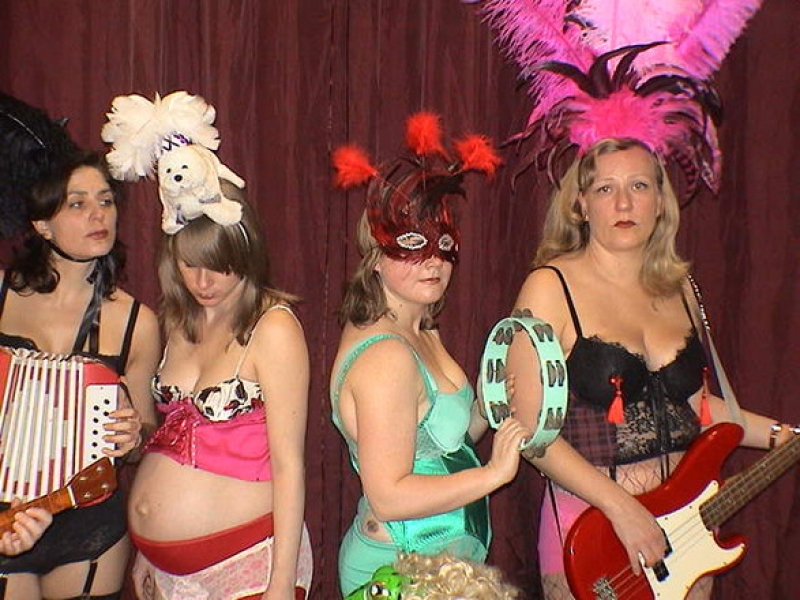 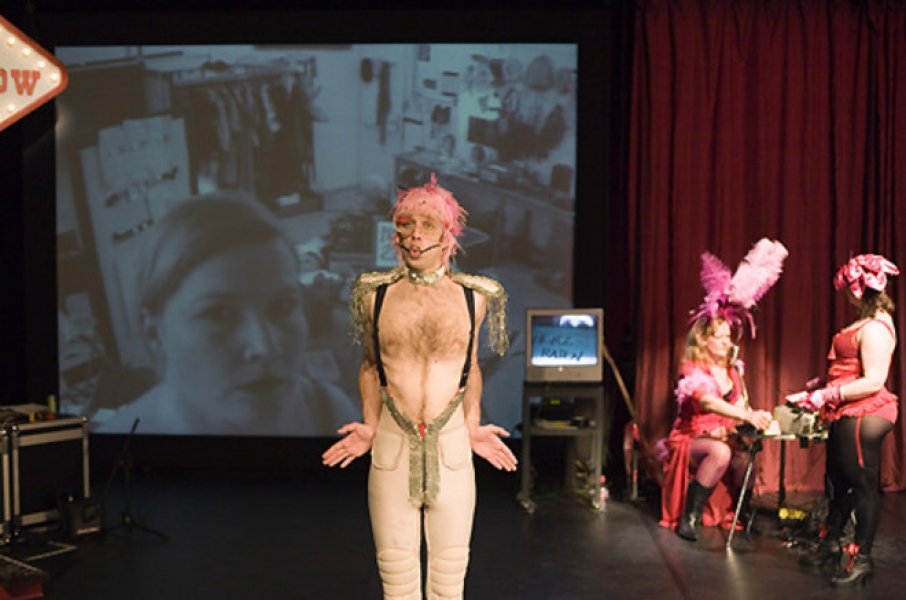 Foto: Stefanie Herrmann
Relevance; We think of Nobel Peace Prize winners, World Cups, victims of the Tsunami and the News at Ten. Secretly we think about true love, bitter disappointments and the secrets that we cannot share with anyone. Relevance; We do not think about She She Pop. Who will remember them in battle, during celebrations or in emergencies? Who will shout their slogans? Who dreams of She She Pop?  Nobody. She She Pop are not alone with this problem. A great many interesting individuals search in vain for something relevant to say or do without success.
The Relevance Show will change all that.
The performers with She She Pop become research material by pushing themselves and their audience single-mindedly through the highs, lows and embarrassments inherent in the desire to be relevant. It is fundamental research in the form of a show which is inspired in no small way by the legendary Muppet Show.

A She She Pop production in Co-production with Hebbel am Ufer, Berlin & Kampnagel, Hamburg, FFT Düsseldorf and Theaterhaus Jena.

“We laughed along incessantly with this intelligent rubbish which contains so many truths”
Die WELT 30.03.2007, Monika Nellissen

“She She Pop lay themselves bare at the risk of failure every evening with charm and courage”
Ballett Tanz Juni 2007, Klaus Witzeling