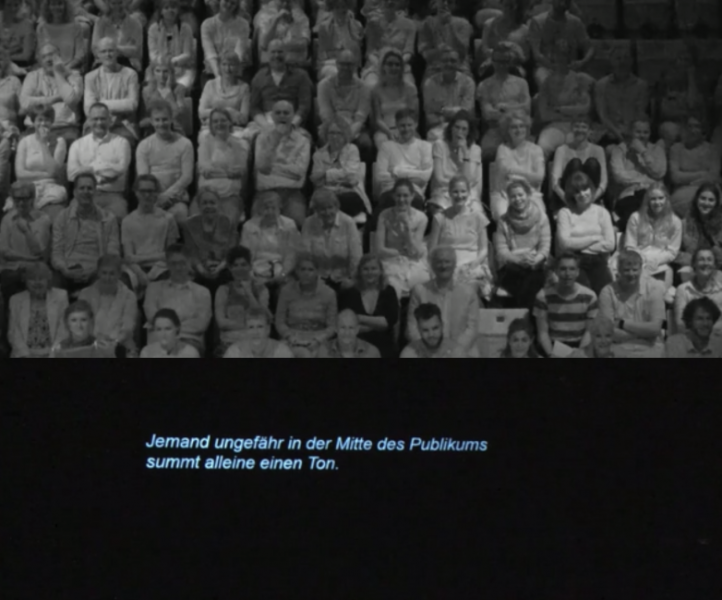 People are obsessed with ideas – but also with things. For the Monologue Festival, She She Pop follows the idea of ownership, which has become an eerily important subject in people’s coexistence: if you have nothing, you have to hire yourself out. But even those who own too much, so people say, become obsessed by it. There it is: the community of the possessed.
She She Pop steps forward to elicit a new meaning of “theatre without an audience”. As proposed in Brechtian Lehrstück theory, those on stage try different attitudes and give speeches. In the Possessed monologue, a polyphonic monologue can be heard, whereby the community has its say. A community that is concerned about ownership and the resulting distortions. In speech, it confirms itself, yet establishes that it is at odds with itself.

A production by She She Pop and Theaterdiscounter – Monologue Festival 2016. Funded by Hauptstadtkulturfonds Berlin.