The Ocean is Closed 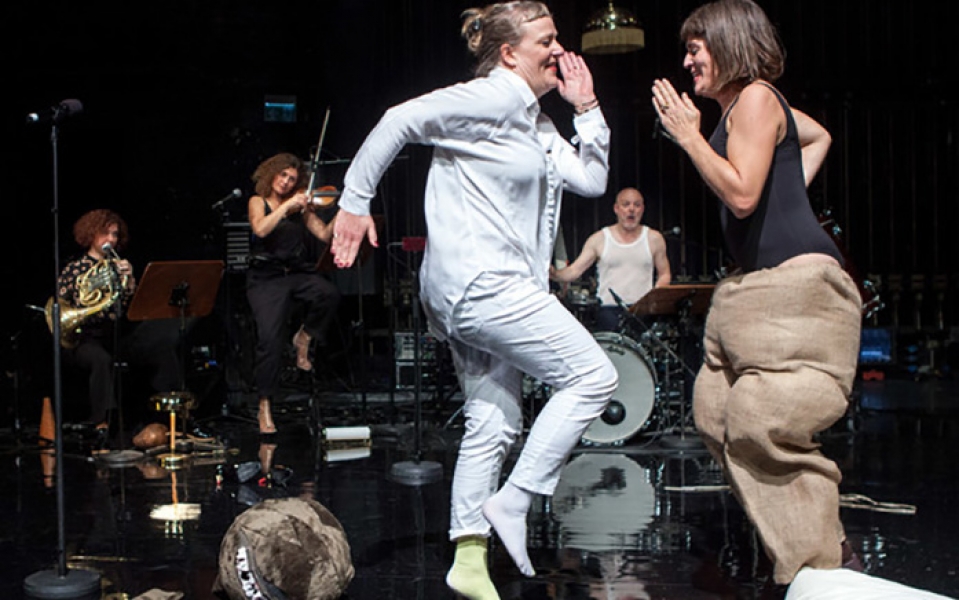 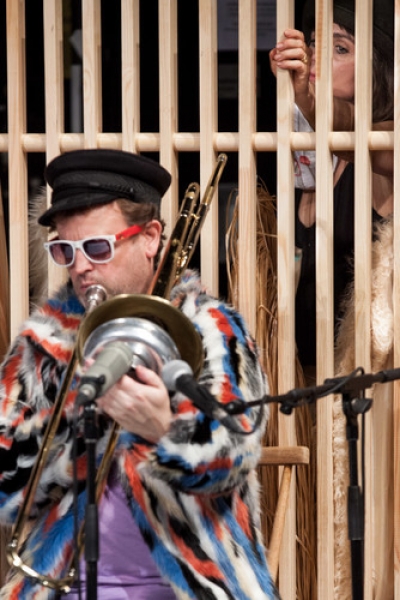 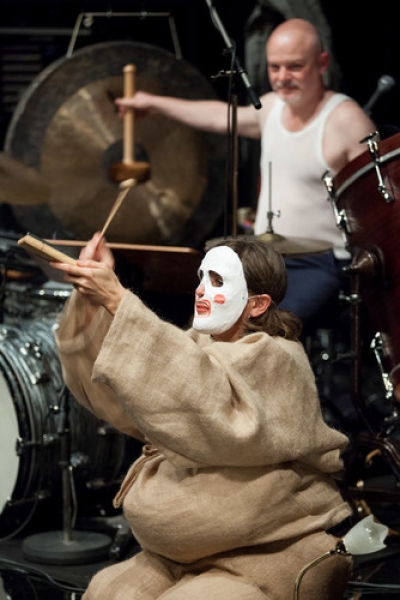 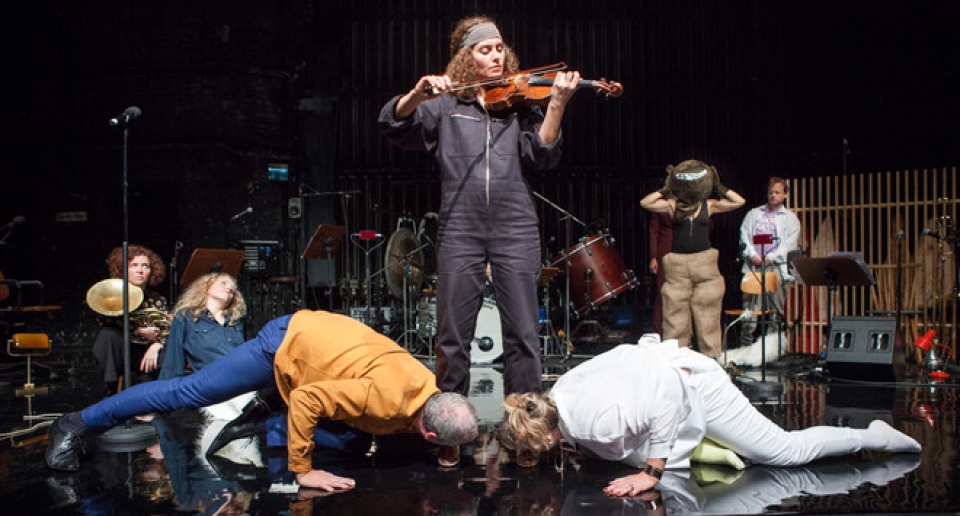 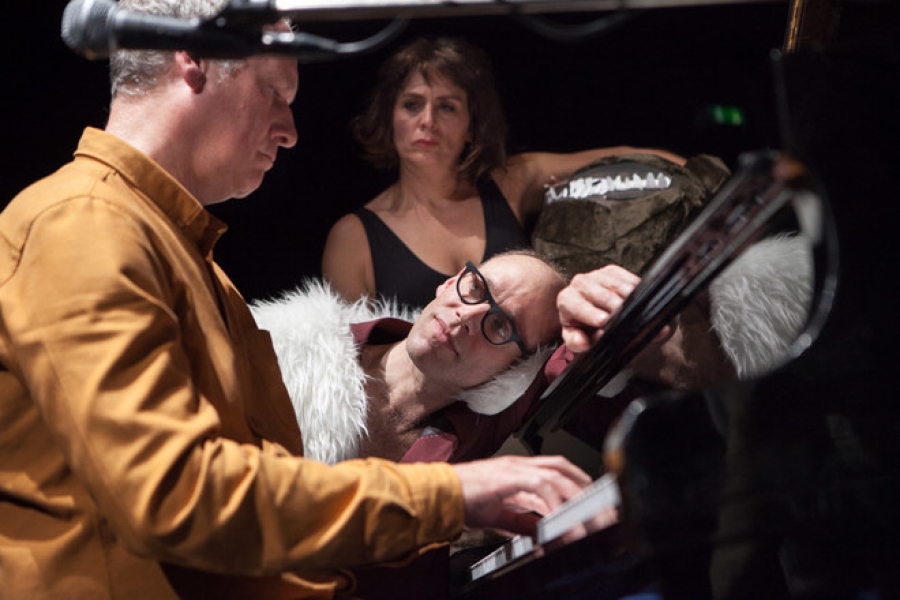 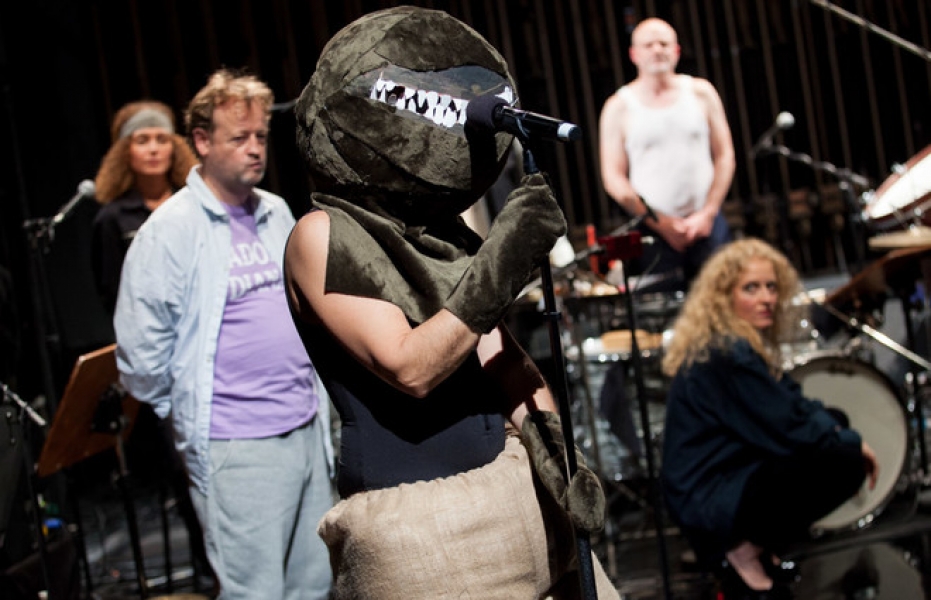 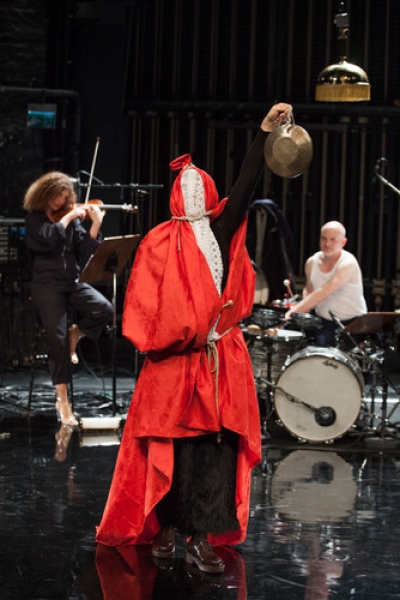 In “The Ocean is Closed” the music ensemble zeitkratzer and the performance collective She She Pop observe each other across the limits of their own categories. They look in fascination at their “exotic” colleagues. Outside eyes and ears are interested in different things, ask the right wrong questions, misunderstand the agreements and breach basic laws.
She She Pop and zeitkratzer play a concert: secret, order and ocean. They celebrate music and play per se.

A production von She She Pop and zeitkratzer in Co-produktion with HAU Hebbel am Ufer, Münchner Kammerspiele, Festival Romaeuropa.

Review of the premiere in Berlin “Male posing versus female power, discipline versus free spirit, virtuosity versus apparent dilettantism: She She Pop riffs on familiar coordinates in an artistic commentary on its own art—with the will to self-humiliation and mischievous counterattacks. In this vein, drummer Maurice de Martin first triumphs with a ludicrously fast drum solo, before finding a strange ‘ball monster’ and its sisters laughing maliciously at the ‘male genius’. (…) There are extremely strong scenes, like the intercessions in the warm-up to a Philip Glass adaptation. (…) Then, shortly before the grand finale, Sebastian Bark picks up the trombone and, in miniature, manifests what this show and stage art is about: he takes a risk in an amateur yet respectable manner, slightly bent over without seeming pathetic, letting himself be instructed by experts before producing heartbreakingly wrong tones that fit well into the disharmonic structure of the rest of the piece. And he makes a memorable comment, before he plays: ‘I do not want to practice. I want to play.’” Christian Rakow, Nachtkritik, 27.10.17 “A two-hour dialogue unfolds, taking place on all available levels: in language and music, argument and dictatorial determination, physical dominance and silent insistence. The play becomes a space of possibility: half-formed sentences that start with ‘if …’ do not finish with ‘then …’ are its foundation. It explores possibilities of creating art, transparency towards the audience, failure and recognition, sensitivities of individual instrumental groups — but also power structures. (…) The tension between each actor and the ensemble is palpable, the friction audible (…). And then there is a yearning for equality, which sometimes turns into one replacing the other. (…) A collective, slowly merging history of beginnings, break-offs and re-starts characterises the evening, which again and again starts over, is interrupted and starts again. It is an experiment in improvised acting, free of purpose, which only slowly frees itself from the mechanisms of recognition, willingness to achieve, the compulsion to perform and entertain, and in this way slowly gropes towards something like community — if not found, then at least suggested. There they sit at the end, peacefully, as an ensemble, and making sounds, having riffed with and stalked each other for two hours, having duelled over the power of the microphone. The sounds are like the ocean, like waves murmuring, the sound of a world at one with itself. Pure acting.” Sascha Krieger, stagescreen.wordpress.com, 31.10.2017 “(…) Loud and pleasurable.” Kathrin Pauly, Berliner Morgenpost, 30.10.2017